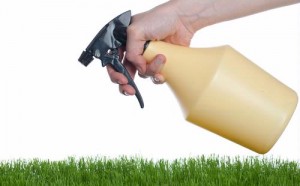 A study published in August 2009 showed the girls in the United States is experiencing precocious puberty, which started at the age of 7 years. Puberty is characterized by breast development and pubic hair growth in women.

In a report published in the journal Pediatrics, researchers suggest that there are several factors that could affect these precocious puberty, including genetic factors, environmental pollution, chemicals, increased body fat, and obesity.

“I have handled thousands of patients, including young people who have experienced low sperm count or adolescents suffering from testicular cancer. There are many new young women age 17 and menopause and girls have puberty at the age of 6 years , “she said.

Giudice is currently an active campaign by the danger of chemical exposure of household products, including food. She said some tested chemicals linked to cancer, developmental disorders, asthma, reproductive disorders and other health problems are still allowed to circulate.

“Today we are surrounded by hazardous substances by air, water, food, beverages, cosmetics, pesticides and household products we use every day,” she said.

Most girls who experience puberty earlier (around 7 years old) had higher levels of chemicals in the blood high enough. There are several types of chemicals, in fact, has already been banned a long time, but most come from cleaning substances commonly used at home.

Molly Gray, a homemaker, found that a high toxic substances in the blood during pregnancy. She had several miscarriages and suspected toxins in the body as a trigger.

Then she changed her lifestyle. She ate only organic vegetables, avoid fish high in mercury, and not in plastic food containers, and switch to cleaning products “green.”