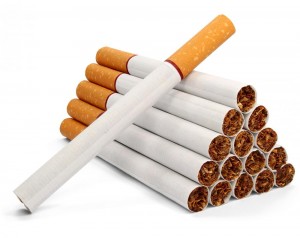 Smoking opium as a tool used to control the developed countries to developing countries. Indonesia is now an easy target developed countries are aggressively attacked by the tobacco industry.
As revealed by the President of Indonesia on Tobacco Control, dr. Kartono Muhammad, cigarettes and opium is no different. Both are addictive and unhealthy. History also notes, cigarettes and opium has been used as a weapon to dominate other countries.
first experience of opium through the war Britain and China in the Opium War from 1839 to 1842. At that time, Britain and its allies to put pressure on China to accept the shipment of opium. Experienced a similar incident in the Vietnam War and the United States, 1955 to 1975 years. Vietnam won the war, after U.S. soldiers were required to use opium.
“Currently, the situation is replaced smoking opium. Wars locations also changed to developing countries such as Indonesia,” said Kartono at the launch of the road map of tobacco control in Indonesia Monday (24/06/2013) in Jakarta.
Developing countries, according Kartono, rather than not know the dangers of smoking. But the return on investment and employment, causing the tobacco industry fought well.
“In fact, received the same cigarette industry opens the door to weaken the younger generation,” he said.
Cigarette consumption, according Kartono, in developed countries the United States has been limited and strictly regulated, including through a law banning tobacco advertising and smoking is prohibited in the family. As a result, manufacturers of cigarettes to “shed” their products to developing countries.
In developing countries, acclaimed cigarette. Indonesia is now ranked fourth in the world by the number of smokers around 61.4 million. Cigarette consumption in different economic sectors, and gender.
“Because cigarette smoking should be prohibited. With the road I hope that stakeholders will have a clear direction, “said Kartono.
We expect strict ban cigarettes create opportunities Indonesia, located in the same rank as the other developed countries.
Trap middle-income trap
The magnitude of the risk caused by smoking is also recognized members of the Presidential Advisory Council on the economy and the environment, Emil Salim. According to him, Indonesia cigarettes cause continued into the middle-income trap.
Trap middle-income countries indicates social Indonesian people are not equivalent to developed countries. The situation is caused by the performance of the younger generation are not optimal.
Smoking that many young people do not cause. Thus, young people are addicted and easily hurt. As a result, productivity and performance of the younger generation masimal.
“Although the number of young people who continue to rise, Indonesia is likely defeat China, India, Japan and South Korea. Yet, like cigarettes, can all be a distant memory,” said Emil.