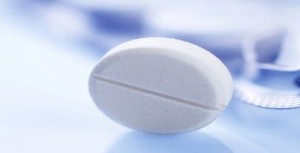 Antiretroviral drugs or ARV commonly used to reduce the amount of virus in patients with HIV are developed to prevent HIV transmission, especially among gay and bisexual men.

Truvada, a drug, a combination of two classes of antiretrovirals. The drug is manufactured by a California pharmaceutical company, Gilead Sciences. In one trial is known that this drug may reduce risk of HIV transmission by 44 percent.

The study included nearly 2,500 gay and bisexual men in Peru, Ecuador, Brazil, South Africa, Thailand and the United States. They were randomly assigned to the pill Truvada and the rest received a placebo. All study participants were also given condoms and advice on safe sex.

After four years of study, researchers found that the drug was effective enough to reduce the transmission rate in the group receiving Truvada pill by 44 percent. Those who take the pill regularly estimates the risk of infection can be reduced to 73 percent.

However, the question arises about the results of research funded by the Bill and Melinda Gates Foundation. Most experts rate, decreased rate of infection can be caused by the use of condoms in the group that received the pills. Experts also said the price is quite expensive the pill, which is $ 36 U.S. (Approximately 300,000 USD) a day, this pill will not be consumed by many people.

Responding to questions, Dr. Anthony Fauci of the National Institute of Allergy and Infectious Diseases, said the studies are random and this drug is as an adjunct in the prevention of HIV. “Condoms and faithful sexual partners is the primary means of prevention,” he said.

He explained that the purpose of this research is to add the defense system in preventing HIV infection and does not replace what is available now. “It is important to increase prevention efforts, especially in high-risk groups,” he said.